So I learned that there’s a technique called bunting where you take triangles of fabric and sew them inbetween a thin strip of fabric to create banners. I thought this would be suitable for the wedding because its a quick and easy way to add color to various areas of the venue and it also has a medieval look to it.

I also painted a water pattern and a few triforces to make it more Zelda-ish.

I created three signs; table assignments, bathroom, and spirits (for the bar!). Pictured below are a couple of the signs as well as the favors as they were displayed on the favors table.

The favors doubled as table assignments and contained the guest’s name and a picture of the centerpiece of their table, so they would know visually what table they were to go to. 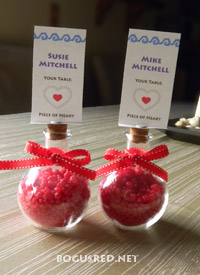 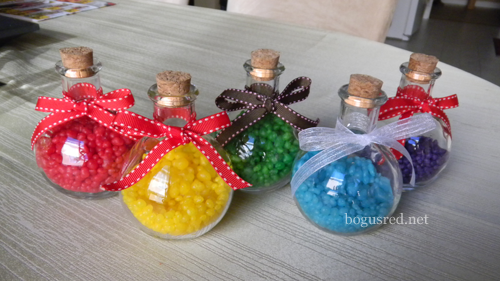