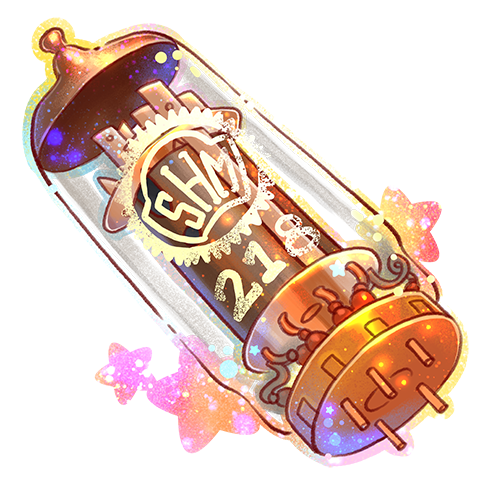 I created a new item for the PaperDemon Art RPG called a Junket Tank. The visual is based on a vacuum tube like one that might be used inside a tube tv.

In the PaperDemon universe, portals to other worlds are tube television sets. Some portals are unstable, only able to be visited during specified times of 2 months.

I had the idea to add an item that would let players visit these closed portals and one of our members, Duskfire suggested it be a part from a TV set.

The “SHM 218” is a reference to ShrunkenHeadMan club, the San Jose State University Animation/Illustration club that I was very active in while studying there and have still contributed to after graduating. I’m not as active these days but try to make it to the yearly SHM Con event at least.